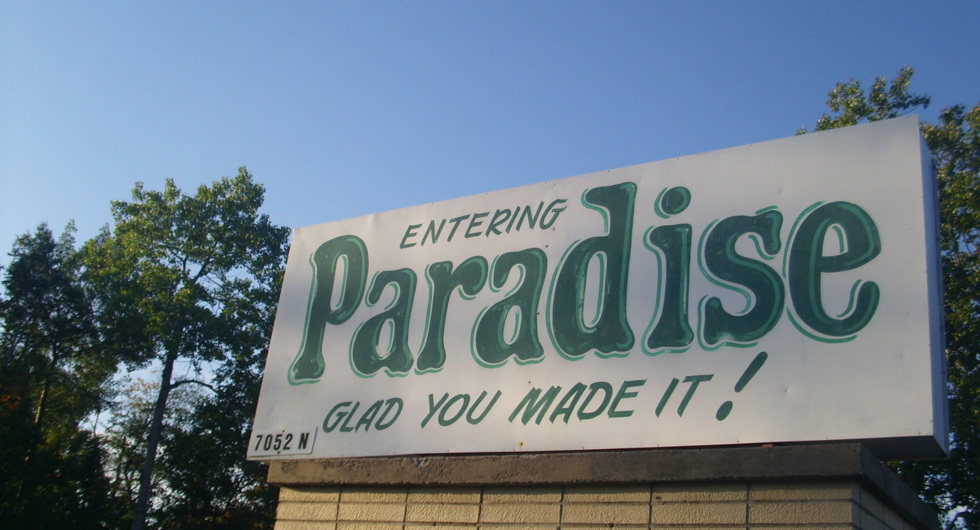 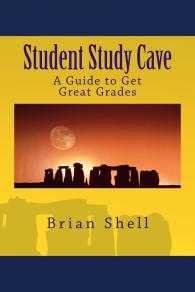 Student Study Cave - A Guide to Get Great Grades

Contains tips and tricks to lean to earn superb grades.

Written by a high school valedictorian...

Good education teaches the great student to learn how to learn. 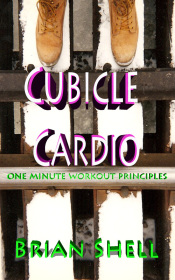 This exercise philosophy keeps your metabolism's

windmill spinning throughout the day.

For example, parking far away enables more steps to your inner daily pedometer (and there's

always plenty of parking), weeding your garden by doing a squat (instead of bending at the waist).

Using the stairs rather than taking an elevator helps too.   Each extra activity counts One.  Each adds up.

Isometrics are another example, like Kegel flexing.  While driving I flex my abs from side-to-side: mini-crunches. so the length of page kept each day's inspiration concise.

It was a romantic way to write it by candleight.

This is the book that began it all for Brian...

...it was his first one published. 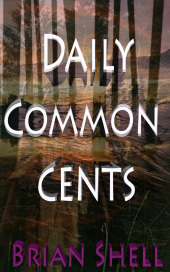 Pinch your pennies so that your dollars add up.

This book's manuscript was hand-written in a day-journal to

Transcribing it was its first edit. 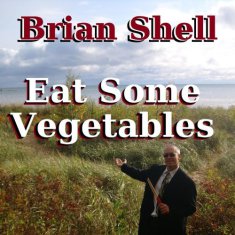 Brian Shell explains Eat Some Vegetables and its film references

He does so while strolling through a botanical garden - 9:00 video

Cover image photographed at the northern-most point of Lake Michigan in the Upper Peninsula!

Deferred joys purchased thru sacrifice are often the sweetest.

Finished Feb. 2022 before Kentanji Brown Jackson got nominated for the Supreme Court.

Published by Brian Shell in February 2022, this is a fictional coming-of-age story about an African-American young lady who grows up in South Central Los Angeles but moves to Ann Arbor, Michigan with her mother after her Dad dies. Erane Jefferson is her name, and she possesses an amazingly inquisitive mind who goes on to graduate from the University of Michigan and then attends their gorgeous gothic Law Quad as a grad student. After getting accepted to law school, she sits inside their walled-garden sanctuary with her Arabic boyfriend, Boaz. UofM’s key groundskeeper smiles & says, “It’s for lovers like you that we keep this place pristine.” Admirably she then aspires to educate herself into practicing Law more. So, her early yearnings earn her the desire to better herself - daily. Passes the bar exam.  She goes from LA’s “The Jungle” to becoming elected as a legal judge. Maybe we can call it “Judge from ‘The Jungle.’” Better yet we can call it “From ‘The Jungle’ to Judge.” Just spit-ballin’ alternative titles, y’all. Really though, this is just a noble modern-day success story.

May its inspirational loosey-goosey transformations bring you tingles.

Here's the link for the paperback book: https://www.amazon.com/dp/B09S66MW5Y

a better place because they're in it... as true nobility is being superior to your former self. Amazon author: Brian Shell's bibliography of some of his paperback books: 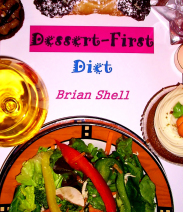 Savor the food you crave the most when you are hungriest

so it tastes best and then get back to work eating right.

"Cure the craving before it blossoms into a binge."

This is a bend-don't-break food philosophy.

"You have to live Life in order to express it." - Oscar Wilde

"The life which is not examined is not worth living." - Plato

"No matter where you go; there you are." - Buckaroo Banzai

"You don't need an instrument to practice." - Ndugu Chancler

"The happiest people I know are creative on a daily basis." - Dr. David Bressler

"The price of anything is the amount of Life you exchange for it." - Henry David Thoreau

"Your legacy should be that you made it better than it was when you got it." - Lee Iacocaca

"A record is never done.  At some point, you just decide to stop working on it." - Matthew "Tuna" Altruda

"If you're going to do something tonight that you'll be sorry for tomorrow, sleep late." - Henny Youngman

"I've stood with the trees in the storm to keep them company just so someone will have done it." - H.D.T.

"Manifest Destiny has other plans for you, my friend." - Cedric the Entertainer in the fine Tom Hanks film: "Larry Crowne"

Deferred joys purchased through sacrifice are often the sweetest. 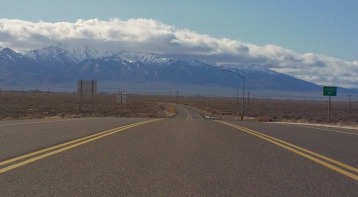 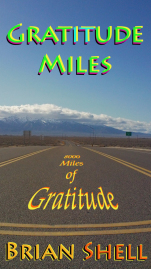 What makes this journey even more memorable is that 5 of those mentors have now passed away.

Going across the country to give them gratitude back then, in person, only offers no regrets now.

30 Hours in NYC - Compiled in June 2007, this mixtape playlist gets refreshed in September 2021

Workout Tape 1990 - Functional, made before Brian began to title & date each mixtape

Distortions the Soundscape - soundtrack for his supernatural film script

Slick! - funk and prog rock listened to as he scouted locations for Distortions

Some of This... Some of That... - made in autumn up in northern Michigan

The Trip of 3 Great Lakes in a Day - Superior, Michigan, Huron

Spring Fever - Starts out solemn and then packs a passionate punch

Almost There - Prog rock and metal MDR memories from 1996

Journey to Light - Soundtrack for a space-based love-story - created Oct. 1996

Introspection - Inspired by Brentwood in December 1994

Engineer a Path to Your Destiny and

Re-calibrate to re-appreciate the crossroads Life

tends to send along the path of least regret.

Engineer a Path to Your Destiny and

Cover image for "100 Names of Cats and Dogs"

100 Names of Cats and Dogs is available for Kindle.

It is also available as a paperback book.

As it suggests, there may be nothing that a

It surveys pet owners, their pet names, and

some short stories that make their pets special.

15 lesson plans for teacher and student.

Targeted to Grades 9-12 and Undergrad students:

teaching it as a professor, intellectual property, and financial realities engineering affords 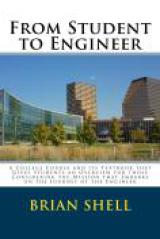 From Student to Engineer

This textbook creates a college course that presents "The Journey of the Engineer."

FSTE Paperback book - print version of "From Student to Engineer" 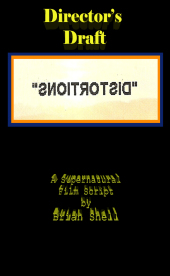 Logline: A supernatural entity uses mirrors as its portal and distorts mirror reflections to

alter the lives of four characters for serendipity to nudge each into a new chapter of life.

While traveling in 1999, this initial version had its digital file lost,

so during 2020's Covid-19 quarantine Brian hand-scanned its only printed draft.

Thus, this Kindle "eBook" contains all jpeg scans of the original 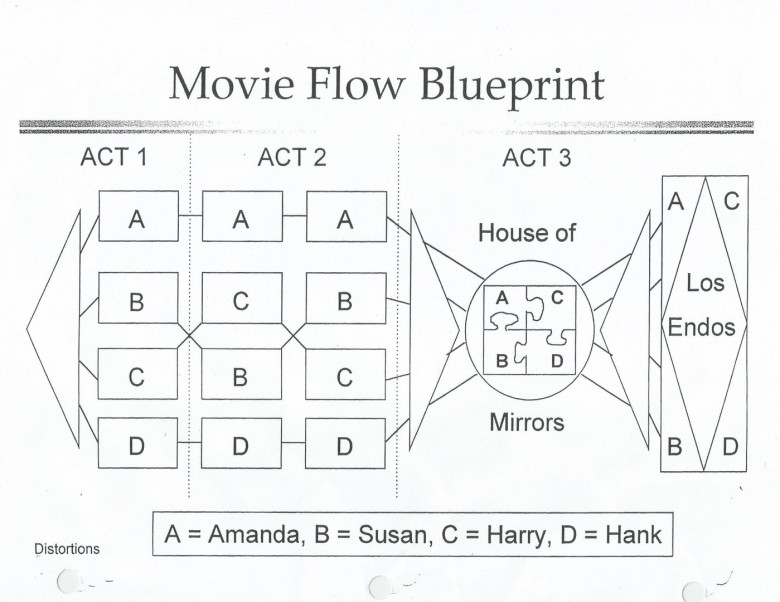 Enjoy this 32-minute enlightening podcast on supernatural spirituality between Finished in Seattle 1997 where Mr. Shell scouted all of its Washington film locations

in the mirror's reflection when we are at a crossroads and

need a subtle sign to pivot and shift towards our destined True Selves.

Set inside a House of Mirrors, 4 people represent 4 emotions:

Pride/Ego, Anger, Grief, and Love in this stage play on Serendipity.

This is an expanded version of The House of Mirrors from 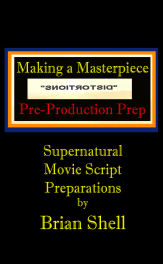 It contains all the film pre-production preparations Mr. Shell made for

his "Distortions" script which shows our inner truth in the mirror's reflection.

alternate versions of The House of Mirrors crescendo.

Kindle eBook of daily inspirations for the single mother

Inspires you daily for the full & fun season of Fall.

Pre-Celebrity Jesus: The Man Beyond the Messiah

Written after the "22 Short Stories about Teenage Jesus" screenplay,

during his unknown years in order to proclaim his gospel parables years later.

Moreso, it ponders Jesus' humanity before he became "famous."

For example, did he fart? Did it stink? Did he ever joke that it didn't?

Had he walked out onto a frozen lake and claimed that he'd walked on water?

Did he ever get drunk, obnoxious, egotistical, and hung-over?

Did he experience infatuation and/or a romantic kiss?

Would he ever use sarcasm or pull any pranks?

Many unanswered questions explore who he was as a boy who became a Man... and became a Messiah of Truth to so many. 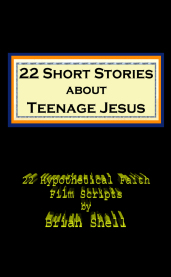 Each acts as a "circle of illumination" gestalt to different facets of Christ's youth.

Brian Shell wrote the first draft for this script in 7 days of 2004's Lenten season.

Never before had he felt "inspired" as when these words and stories poured out. 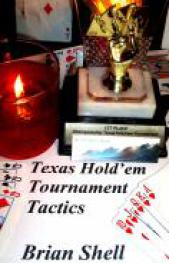 It strictly covers the changing strategies of tournament play.

and colorful commentary about the origin and inspiration for each piece.

It was inspired by a 2012 visit to the Detroit Institute of Arts.

...where "Somewhere in Time" was filmed.

Brian's boardwalk mural in Venice Beach, CA where he got called "Picasso" daily.

Rose & Navy lifeguard shacks were Brian Shell's place to sleep in Venice Beach 11/98-8/99 - on them when dry, under them in the rain - "the Sea" as his backyard!